You are here: Home / Best of the Mortgage Guy Weekly Columns / How an adjustable rate mortgage loan works

A refresher course on ARM’s

Now that rates have increased more and more borrowers are looking at the advantages of an adjustable rate mortgage (or ARM for short). There are several types of these available, and the borrower needs to understand what he is signing up for and the pro’s and con’s of making such a decision.

Once upon a time, the most common ARM was the 1-yr type that adjusted annually. The problem with that was the lack of uncertainty after the first year was up. The rate and payment could adjust upwards and do very quickly.

The last several years a more popular and stable mortgage product has pretty much replaced the 1-year ARM. Most ARM’s today are fixed for five or seven years before they adjust. This gives the borrower a bit more time with a sure thing for a interest rate.

These loan programs are generally known as 5/1 or 7/1 ARM’s. This means they are fixed for five or seven years and adjust once a year thereafter. The loans have a 30-year amortization and are generally tied to an index known as the 1-year LIBOR.

The acronym LIBOR stands for the London Interbank Offering Rate and is a index measuring what banks loan each other money for. There are several LIBOR indexes, such as the three, six and 12-month rate.

Generally an ARM will adjust to the specified index plus a set margin (or markup) of a range from 2.25% to 2.75%, If the index is at say 2% on the adjustment date and the loan papers specify a margin of 2.5% the new rate would be the sum of the index and the margin, or 4.75%.

In addition the rate would have some caps as to how high it could go over the initial start rate. Most common is a rate cap structure known as a 5/2/5, although there are others out there.

On a 5/2/5 structure the rate can go up as much as 5 points on the first adjustment if the combined margin and index would call for it. After that it could go up as much as 2% per year or a total of 5% over the life of the loan. If the rate should go up 5% the first time it will never go higher. If it goes up 1% the first time the following years it can never go up more that 2% per year and never more than 5% above the initial rate.

The good side to an ARM is that most people do not keep their properties or their loans more than five or seven years. With rates on an ARM being ½ to ¾ percent below a fixed rate this can result in a substantial savings to the homeowner.

However the down side to this is that should the US get high inflation in the future rates could soar far above what a fixed rate loan would have cost and if the borrower decided to stay in the property or the loan beyond the initial fixed period the rate hikes could eat up any savings.

Each situation is unique but many times I have calculated worst case scenarios carrying out the loan scenarios to a ten year term assuming hefty (though not always the max) rate hikes after the initial fixed period vs. the cost associated with a fixed rate at today’s rates. Generally there is a 2-3 year cushion in there before one spends in the later years what one saved in the early years should one keep the loan vs had one paid a higher rate all along.

To get a quick quote on an ARM click here

Chris Neuswanger is a mortgage loan originator with Macro Financial Group in Avon and may be reached at 970-748-0342. He welcomes mortgage related inquiries from readers.

How Can We Help? 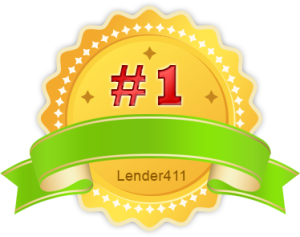